Lebron James and the Miami Heat won the NBA Championship last night. I’m going to level with you, I did not watch much of this series. It seemed to me like two steadily good teams going about business, in that it lacked excitement. I did catch the 4th quarter and OT of game 6, and most of the second half of game 7, and all I could think about was how much Chris Bosh looks like a Goomba from the classic Bob Hoskins and John Leguizamo film, Super Mario Bros. 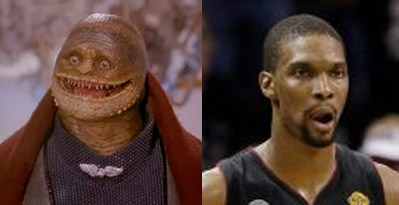 I guess being “The King” would make Lebron Bowser in this scenario, which I’m sure is a comparison Cleveland is cool with.

I’d follow basketball a lot more if St. Louis had an NBA team. Maybe we can get Sacramento. Do people even remember they exist? St. Louis Kings? It’s got Budweiser written all over it.

If you haven’t, do yourself a favor and go listen to the Paul Scheer’s How Did This Get Made podcast for Super Mario Bros. the movie. 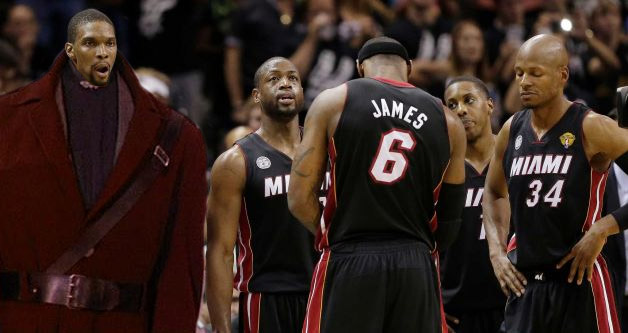