After the Rams left town, I went into fan free agency. Last week, I was able to cement my disinterest in the new/same old LA Rams. This week, I’m gonna cross over to the dark side and see if I have enough spite for the team that trashed STL to become a Patriots fan. Are you happy now Kroenke?!

I’m not gonna feel good about myself…

You can’t be anything but happy for Chris Long. He finally escaped the turd of a team that drafted him and will immediately have a chance to make the playoffs. Long having the chance to win football games for once is as good a reason as any to root for the Pats. Also, he’s still a good dude in STL’s book as he could potentially be a part of the group to bring an MLS team to town. You may be gone, but we’ll always have your social media accounts. 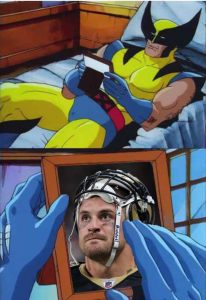 I really like the idea of Rob Gronkowski. Football desperately needs more funny, simple-minded dipshits like Gronk. This dude likes to party and he’s gonna tell you about it. Also, he’s pretty good at football. 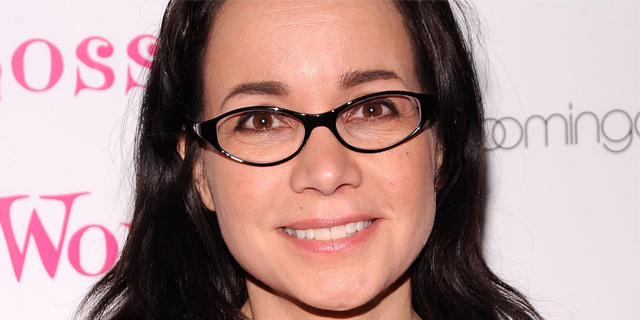 This darling of the 90’s appeared in cult classics like Wet Hot American Summer and Mystery Men and is still….. Err shit, waitaminute…

He’s off serving his sentence at some supervillain prison like The Raft or the freakin’ Phantom Zone or wherever Roger Goodell sends dudes that HE thinks need punished. So it must be bad.

Anyway, Brady’s good, but I don’t like em. He makes me uneasy. I still think he’s the type of guy thats got a closet full of severed doll heads at home. Like, you’d go to put your coat in the closet and boom. Doll heads everywhere.

Bill Belichik is 225-113 in his career for a .666 win percentage (*does sign of the cross, splashes holy water, prepares incantation to rid home of evil spirits).

To win me over as an owner, you basically have to pass the “Will this dude fuck over his own fanbase?” test. The team could have been the St. Louis Patriots if Kraft had accepted the offer for his portion of ownership, but instead kept it and bought the team outright. Then, he privately financed a stadium to keep them there for good. So it can be done.

I could maybe find a way to love these dudes though if they’re anything like Jimmy Fallon’s SNL Red Sox fan or they talk like Mark Wahlberg’s character in The Departed.

The Patriots played a home game in which they beat the Dolphins. From what I hear, this is something that happens often. Wouldn’t it be something if a couple of the teams in this division could get their shit together?

Jimmy Garoppolo had about as good a week as any QB in the league with 3 TDs and 234 yards for a 98.9 QBR, but then some Roger Goodell hired assassin came in and took him out at the end of the 1st half. These Patriots can’t catch a break!

Also, Legarrette Blount ran for a lot of yards.

Even though they almost coughed it up at the end, the bottom line is the Patriots just went 2-0 without Gronk or Brady…. Maybe it wouldn’t be such a bad idea to root for these dudes….

This bandwagon has been chugging along since Adam fuckin’ Vinatieri finished off the Rams in Super Bowl XXXVI. Also, I’ve noticed an interesting trend in St. Louis as the Rams started sucking more and more and the Patriots just got better. I’ve seen an uptick in little shit millennials (which I technically am one, even if I don’t identify as one. I’m tired of your micro aggressions bro!) Anyway, these kids are repping the Patriots as their team. My theory is they’re doing it to troll their dad. “Hey, you know that team that beat your shitty dumb team that left town? Yeah. They’re my favorite team now.”

The Patriots are kinda like the baseball Cardinals in that they’re just going to keep winning, but they aren’t the new hotness and most people generally dislike them. As a Missourian, I’d feel kinda bad about myself if I hopped on their bandwagon. Also, I admit a little piece of me died watching Kurt Warner deliver them The Lombardi trophy in 2015. The pain is still very much alive. 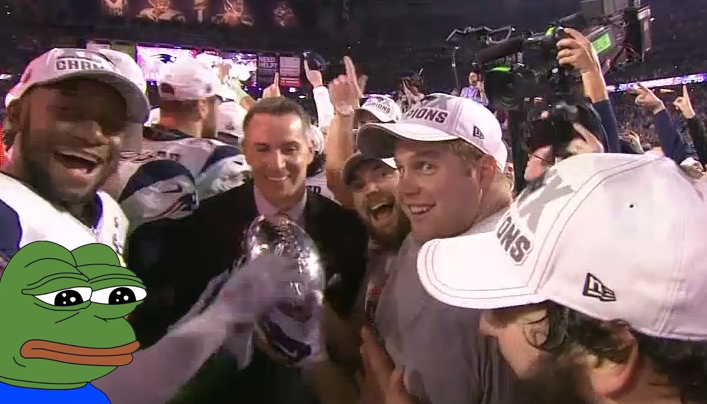 After scientifically calculating the above scores into my proprietary methodology, I have come up with the below score.

I just can’t do it! No matter how many Chris Long’s they get, they’ll always be the Patriots that helped get us here in the first place! That shoulda been OUR dynasty! takes pull off inhaler. Don’t let em see you cry. Cues James Blunt song.