Adam Wainwright is easily the biggest name we’ve covered to date in our Better Know a Cardinal series. That doesn’t mean you can’t better know him. For example, did you know Waino held #3 hitters to a .188 average and 1 homerum in 101 at bats in 2014. No? Well then buckle up, because you’re about to Better Know Adam Wainwright!

The biggest thing right off the bat, of course, he’s back. After dealing with and abdominal strain early on in Spring Training, Waino made his first start of the spring Saturday pitching 4 scoreless innings and even getting an at bat in. His curveball may not be fully there yet, but when it is it’s among the top in the game. Just ask Carlos Beltran.

Waino is known to take one of the nastiest deuces to the mound with him. Just how nasty was that Waino deuce? We can look to the PITCHf/x tool and the data provided by it from Brooks Baseball.

Not only does Waino go to the curve to get an out, but he tosses it 49% of the time against lefties with 2 strikes, and 43% of the time against righties with 2 strikes. They know it’s coming, and yet they still only managed a .132 average with 108 strikeouts in 212 at bats. And they’re taking a nice big whiff of a Waino deuce up there at the plate too, swinging and missing at 20.32% of 2 strike curveballs.

What makes it such a beautiful deuce to behold? It’s got to be the movement. That thing breaks about 8-10 inches left to right, and about 9-10 inches vertically. Leaving plenty of batters giving Waino the ol’ stink eye after watching him squeeze off another one leaving their knees buckled in amazement. 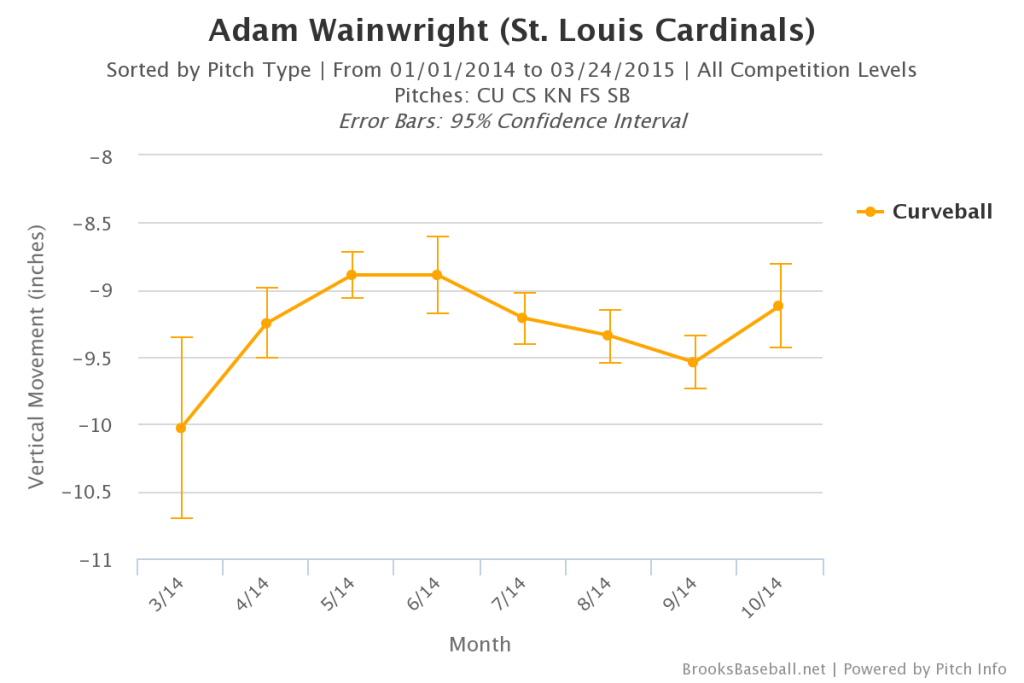 I’ve seen some nasty deuces in my day and I still look forward to seeing Yadi squat down behind the plate and throw down the deuce as Waino looks on from the mound. Then it happens. Waino unleashes the nastiest deuce in Major League Baseball. And you can’t help but stare in wonder.