Boston, like many playoff teams before them, have embraced growing beards. Like literally everyone else these days. Yet everyone is treating Boston like they’re special for growing beards. Well we here at View From the Pine don’t think Boston is special (although Jonny Gomes may be), and we’re going to expose these Boston beards for how awful they really are.

Is that a catcher or a hobo the Red Sox picked up off the street? Saltalamacchia’s long hair has gotten in his eyes several times this series, causing him to make ill advised throws all over the field.

True story Koji Uehara had a beard before he faced Allen Craig for the first time, but along with crushing hits off Uehara in the 9th inning Craig has also managed to completely knock off the Boston closer’s beard. 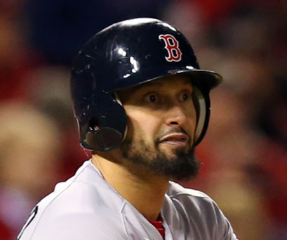 Victorino is a switch hitter that stopped switch hitting because he was so terrible at it. He’s been running around scraggly bearded and bug eyed for most of the series, but missed game 4 due to soreness after his back giving out watching strike three against Carlos in game 2. 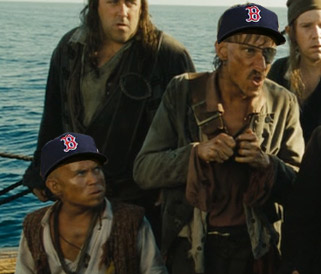 It turns out Clay Buchholz had to leave game 4 after just 4 innings due to scurvy. The above is a View From the Pine exclusive photo of Buchholz hanging out with teammate Dustin Pedroia on a boat.

That was the safest picture I felt posting. I don’t want to be responsible for melting anyone’s face off. Also, the guy needs to quit playing with his helmet. It’s on already. Get in the box and strikeout again.

How a playoff beard should be: 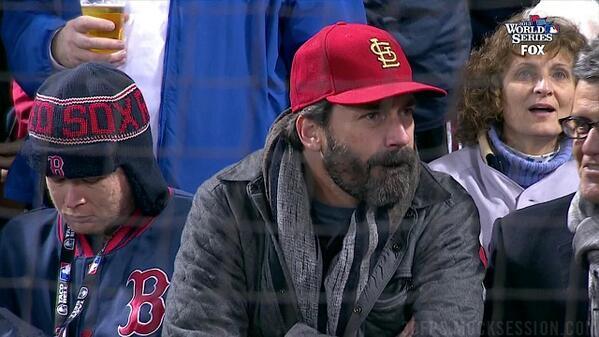 Now that is a man’s playoff beard.