We’re on to number 2 on the Greatest Fictional Sports Team Of All-Time1 list. The list was put together using the scientific method. In that I made up 5 categories and ranked teams on them from 1-5 without consulting anyone else. Those categories are Key Players, Depth, Coaching, Results, and Legacy. Let’s recap the list so far:

I was getting ready to post this article so of course I saw an article claiming Warner Bros is planning a sequel to Space Jam with LeBron James. It seemed inevitable. Warner Bros obviously saw the popularity of the GFSTOAT list and hacked into my list. Anyone know where Chris Correa is? Anyway let’s get into the ratings.

They’ve got the Greatest of All-Time. What more needs to be said? You don’t smash Jordan into the shape of a basketball and call him “baldy” and not get beat. Plus Lola Bunny had some great handles.

The Tune Squad has the entire Looney Tunes catalogue of characters to pull from when they’re in need of players. And with how dirty the Monstars play, they need every bit of that depth. You’ve got old stalwarts like Daffy Duck joined by new talent like Lola Bunny. Then you’ve got the likes of Bill Murray coming off the bench to recover a huge steal at the end of the game. 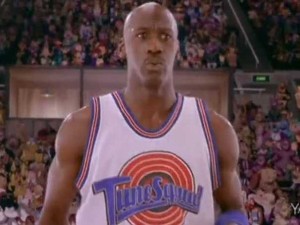 Jordan took over as player-coach for the game and didn’t appear to do a lot of game planning. His crunch time play was essentially “someone get me the ball somehow”. But it worked.

After falling behind 48 points at half time. The Tune Squad managed to battle back in the second half and get the win. Keeping themselves from eternal enslavement on Moron Mountain. That’s pretty clutch.

Decent cult following among kids from the 90s. Somehow no sequel. For now…3