This time on Better Know a Cardinal, we discuss Birds outfielder, Randal Grichuk. Join us as we take a look at the man behind the soul patch.

Grichuk came to the Birds last year with Bourjos as a part of the Freese/Salas trade with the Angels. Randal was the Angel’s first round pick in 2009. After spending most of 2014 the season up and down between AAA Memphis, Grichuk became a big part of the 2014 NLCS run and played in some valuable games down the stretch.

He really hit his stride at the end of August when he was recalled from Memphis, when he cemented himself in the outfield and hit .318/.338/.485. Also, let’s not forget that he hit a couple pretty big homers in the playoffs. Especially this one off of Kershaw in the NLDS.

He’s had some nice power, however needs to work on cutting down his strikeouts. He had 139 K’s between AAA and the majors last year. If he can cut down on the strikeouts, Randal has shown when he makes contact, it’s most likely going for an extra base hit.

After 110 ABs in the bigs last year, look for Randy to hit for some average and work to get on base. He’ll be behind Heyward in RF, but expect him to get big at bats off of the bench and when facing left handed pitching.

Here’s hoping Grichuk can take a page out of another Randy’s playbook and “sack” up in 2015 to have a big year. 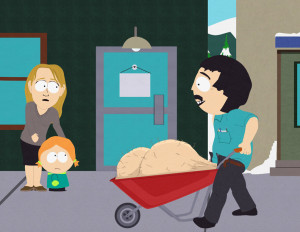